Having served on the bench for many years, my dad obviously sent many people to prison for one crime or another. It was ironic therefore that one day he too would find himself in prison along side some of the people that he sent down.  Needless to say there were many rubbing their hands with glee when they saw the cell door slam shut behind him.

John J. was just such a prisoner, who some years earlier had been sentenced to15 years hard labour by my father. It didn't take John long to try to get his own back and was soon telling the prison authorities all manner of lies to get dad into trouble. When this strategy did not have the desired effect, John realised that if he was to succeed, he would need a 'friend' within the prison service who had a similar agenda.


As one would expect, my father was not making too many friends within the prison services, because he was continuously suing them for one thing or another. If it was not to do with their treatment related to his ongoing treason trial, it was to do with conditions in the prison and breaches of the penal code. One person who felt particularly aggrieved was LK, the Officer in Charge (OIC) of the prison. He felt humiliated and emasculated having just lost a court action brought against him by my father. The OIC told my father in no uncertain terms that he would do everything in his power to engineer a situation that would result in President Kaunda signing his death warrant. 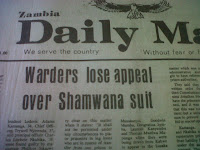 The friendship between LK and John J was one borne out of a common desire to destroy a common enemy, Edward Jack Shamwana (EJS). As the proverb goes, 'The enemy of my enemy is my friend'.

The Allies hatched a plan that involved falsifying documents that were purported to have been authored and signed by EJS. In return for forging the documents the OIC promised John J. an early release from prison. John recruited another inmate George and between them they fabricated notes between my father and one of his co-accused inmates. These notes outlined a plan for their escape from the prison. The story in the notes was that my dad had stolen prison warder uniforms, and had made arrangements with  people outside the prison to assemble a brigade of soldiers. These soldiers were waiting in the mountains around Kafue and were ready to effect their rescue at any time.

Of course this caused great excitement amongst the prison and security services. Believing that an escape attempt was imminent, the 'coup' plotters were duly rounded up by the warders, stripped naked and shoved into a tiny cell together. The contents of the prison latrines were then emptied into the cell, with my dad and his co-accused left to stand knee deep in shit and piss for the next two days. My father did describe to me the horror of what those two days were like, but I won't be going into those details here, suffice to say that he believed that it was that experience that finally broke the spirit of one of his good friends.

Unfortunately for the OIC and his accomplices, when the documents were taken for closer scrutiny by the Security Services it was clear that it was not my fathers handwriting or his signature on the notes. So, without any other evidence to support their claims, the matter was dropped by the authorities. John and George were furious, especially as they believed that they had kept to their part of the bargain in forging the notes and now they were being told that there would be no early release, because their plan had failed. Angry and frustrated by the prison authorities, John and George wrote out a full statement of the events, in the misguided belief that they could take the prison authorities to court for breach of contract.

Needless to say the statements made by John and George did not get them anywhere, other than it resulting in them losing their remission. Although this experience was not nearly as bad as the torture EJS had to endure when he was first arrested (see future posts), this was a tough lesson to learn. However, it did reveal much to EJS about who was who in the prison. This was information that would prove vital for survival during the next seven years of his incarceration.

As the Chinese General Sun-tzu famously said, "Keep your friends close, and your enemies closer."

Anonymous said…
have alwas be a fun of your father,evn tho his time was befor mine his story has inspired me in some way because he was all abaut the truth..
9 January 2012 at 10:32 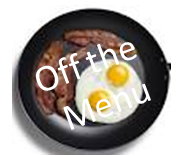 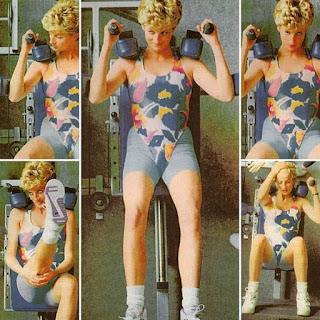